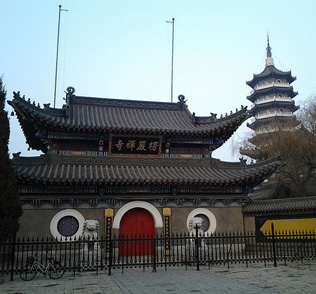 The city is home to the basketball club Liaoning Flying Leopards of the Chinese Basketball Association. The club brought forth several players of China's national basketball team. It plays its home games at the Benxi Gymnasium. 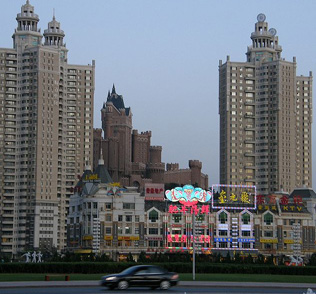 Dalian is a major city and seaport in the south of Liaoning Province, People's Republic of China. It is the southernmost city of Northeast China and China's northernmost warm water port, at the tip of the Liaodong Peninsula. Dalian is the province's second largest city and has sub-provincial administrative status; only the provincial capital (Shenyang) is larger. The Shandong Peninsula lies southwest across the Bohai Sea; Korea lies across the Yellow Sea to the east.

Today, a financial, shipping and logistics center for Northeast Asia, Dalian has a significant history of being used by foreign powers for its ports: Dalian proper was previously known as both Dalny (Russian: Дальний; Dal'nii) and Dairen (Japanese: 大連) but it was better known as both Port Arthur (Russian: Порт-Артур; Port-Artur) and Ryojun (Japanese: 旅順) from its Lüshunkou district. In 2006, Dalian was named China's most livable city by China Daily. 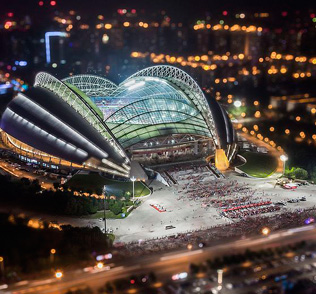 Shenyang, formerly romanized as Mukden, is the capital and largest city of Liaoning Province, as well as the largest city in Northeast China by urban population. According to the 2010 census, the city's urban area has 6,255,921 inhabitants, while the total population of the Shenyang municipality is up to 8,106,171. Currently holding sub-provincial administrative status, the city was once known as Shengjing or Fengtian Prefecture. In the 17th century, Shenyang was conquered by the Manchu people and briefly used as the capital of the Qing dynasty.

Along with its nearby cities, Shenyang is an important industrial centre in China, and serves as the transportation and commercial hub of China's northeast—particularly with Japan, Russia, and Korea.[9] A titan of heavy industry since the 1930s, and the spearhead of the Chinese central government's Northeast Area Revitalization Plan, the city has been diversifying its industry and now has a solid industrial foundation, a good land and air transport network, abundant natural resources, and a skilled workforce. 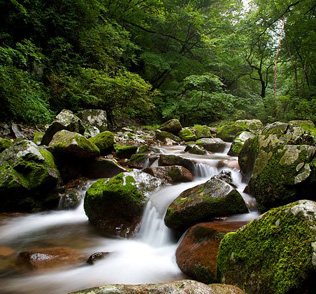 Benxi (Chinese: 本溪; pinyin: Běnxī) is a prefecture-level city located in the east of Liaoning province, People's Republic of China, south-southeast of Shenyang. Its population was 1,709,538 at the 2010 census whom 1,011,377 lived in the built-up area made of 3 urban districts (Pinshan, Xihu and Mingshan). It was founded as a metallurgical center in 1915. Benxi Iron and Steel Company ("Bengang") is the largest employer in the city, and used to be the fourth-largest steel company in China. The second-largest industry in Benxi is coal mining. Benxi has pollution problems due to steel production and coal mining.

During the disaster of Air France flight AF447, Benxi Iron and Steel Company lost 5 employees, including the executive Chen Chiping who was the wife of Liaoning's provincial governor. 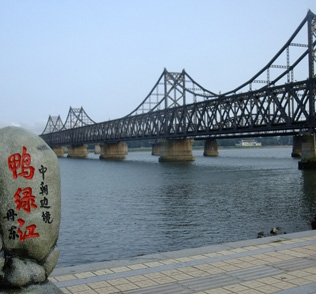 Dandong (simplified Chinese: 丹东; traditional Chinese: 丹東; pinyin: Dāndōng), previously known as Andong and Antung, is a prefecture-level city in southeastern-eastern Liaoning province, and is the largest Chinese border city, facing Sinuiju, North Korea across the Yalu River, which demarcates the Sino-Korean border. To the southwest of the city, the river flows into Korea Bay. Dandong has therefore had a dynamic history because of its strategic location for the northeast's rich natural resources and because of its convenient access to the ocean. It is designated as a major export production centre for the province, and is a port city connected by rail with Shenyang and Sinuiju. A significant amount of trade with North Korea flows through the city. 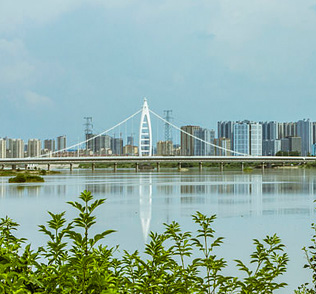 Fushun (simplified Chinese: 抚顺; traditional Chinese: 撫順; pinyin: Fǔshùn, formerly romanised as Fouchouen, using French spelling) is a prefecture level city in Liaoning province, China, about 45 km (28 mi) east of Shenyang, with a population of 2,138,090 inhabitants (2010 census) and a total area of 11,271 km2 (4,352 sq mi), 713 km2 (275 sq mi) of which is the city proper. Situated on the Hun River ("muddy river"), it is one of the industrial and economic development hubs in Liaoning. 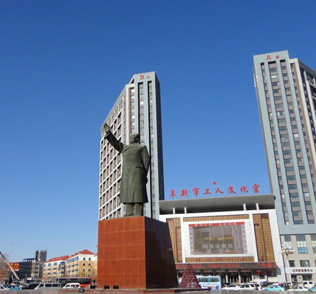 Fuxin (Chinese: 阜新; pinyin: Fùxīn) is a prefecture-level city in northwestern Liaoning province, People's Republic of China. The total population of the prefecture at the 2010 census is 1,819,339, of whom 669,317 are resident in the built up area, which comprises four urban districts, collectively known as 'Fuxin City'.

Fuxin has a monsoon-influenced humid continental climate (Köppen Dwa), with long, cold but dry winters and hot, humid summers. A majority of the annual precipitation falls in July and August alone. 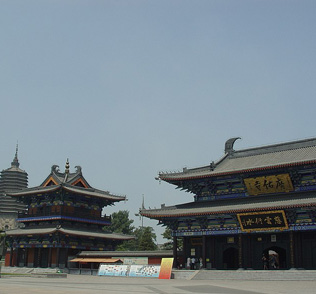 Liaoyang (simplified Chinese: 辽阳; traditional Chinese: 遼陽; pinyin: Liáoyáng) is a prefecture-level city of east-central Liaoning province, People's Republic of China, situated on the T'ai-tzu River and, together with Anshan, forms a metro area of 2,057,200 inhabitants in 2010. It is approximately one hour south of Shenyang, the provincial capital, by car. Liaoyang is home to Liaoning University's College of Foreign Studies and a number of vocational colleges. The city hosts a limited number of professional basketball and volleyball games in a modern sports facility. 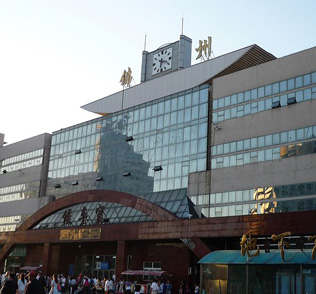 Jinzhou (simplified Chinese: 锦州; traditional Chinese: 錦州; pinyin: Jǐnzhōu), is a prefecture-level city of Liaoning province, People's Republic of China. It is a geographically strategic city located in the "Liaoxi Corridor" (辽西走廊), which connects land transportation between North China and Northeast China. Jinzhou is China's northernmost seaport and the coastal economic center of West Liaoning on the north-western shore of the Bohai Sea. The total area under the jurisdiction of Jinzhou is 10,111 square kilometres (3,904 sq mi), most of which is rural, encompassing a coastline of 97.7 km (60.7 mi). 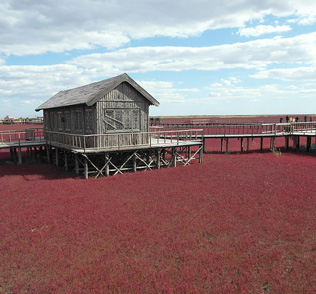 Panjin (simplified Chinese: 盘锦; traditional Chinese: 盤錦; pinyin: Pánjǐn) is a prefecture-level city and a major oil production centre of Liaoning province, People's Republic of China, and is situated on the northern coast of Liaodong Bay of the Bohai Gulf. It borders Anshan to the northeast and east, Yingkou across the Liao River, as well as Jinzhou to the west and northwest. The city has an administrative area of 4,071 square kilometres (1,572 sq mi), is home to 1.39 million people all in the built-up area made of 2 urban districts plus Dawa and Panshan Counties being urbanized.

"Liaoning is a modern province of China which is located in the northeast of the China and was established in 1907 as Fengtian or (Fengtien province) in 1929, the name was changed to Liaoning. It was also known as Mukden province at the time, for the Manchu pronunciation of Shengjing, the former name of the provincial capital Shenyang. Liaoning is located in the north east of China and it is also known in Chinese as ""the Golden Triangle"" from its shape and strategic location. As the largest economy of Northeast China, Liaoning’s nominal GDP for 2011 was 2.20 trillion yuan, and it is the 7th largest in China (out of 31 provinces). Many famous universities in China was located in Liaoning, such as Northeastern University, Dalian University of Technology, and Dalian Maritime University."