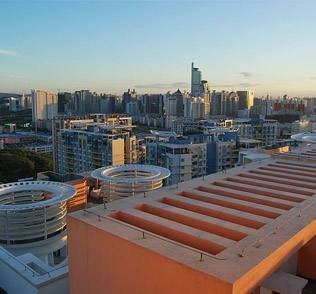 Nanning (simplified Chinese: 南宁; traditional Chinese: 南寧; Zhuang: Namzningz; meaning 'South Tranquility') is the capital of the Guangxi Zhuang Autonomous Region in southern China. It is known as the "Green City" because of its abundance of lush tropical foliage. 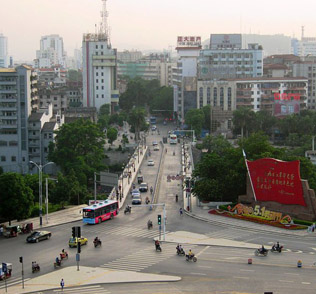 Baise (Chinese: 百色; local pronunciation: paːk˧˥ ɬɐk˥) is the westernmost prefecture-level city of the Guangxi Zhuang Autonomous Region, People's Republic of China, bordering Vietnam as well as the provinces of Guizhou and Yunnan. 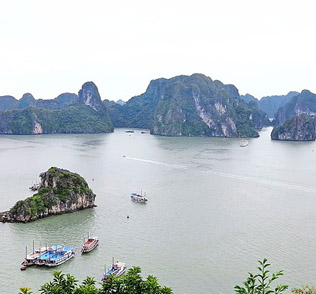 Guilin is a prefecture-level city in the northeast of the Guangxi Zhuang Autonomous Region, China, situated on the west bank of the Li River, and bordering Hunan to the north. Its name means, "Forest of Sweet Osmanthus", owing to the large number of fragrant Sweet Osmanthus trees located in the city. The city has long been renowned for its scenery of karst topography and is one of China's most popular tourist destinations. 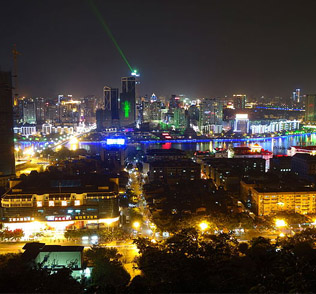 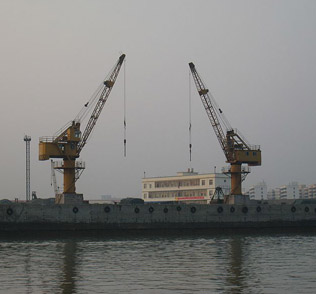 Qinzhou (simplified Chinese: 钦州; traditional Chinese: 欽州; pinyin: Qīnzhōu) is a prefecture-level city in Guangxi, People's Republic of China, lying on the Gulf of Tonkin and having an urban population of 944,000.

The area originally belonged to Guangdong. The city was originally a county Qinxian (Chinese Postal Map Romanisation: Yamhsien). From the beginning of the present era, Qinzhou (Wade-Giles: K'in-chou] was for many centuries "the center of Chinese overland trade with Indo-China". 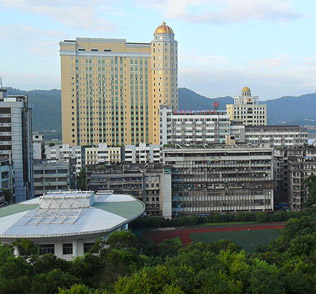 Wuzhou is located in eastern Guangxi bordering Guangdong province. It is at the confluence of the Gui River and the Xun River where they form the Xi River; 85% of all water in Guangxi flows through Wuzhou. The total area of Wuzhou is 12,588 km2 (4,860 sq mi).

Guangxi (Chinese: 广西; pinyin: Guǎngxī; Wade–Giles: Kuang3-hsi1; pronounced [kwɑ̀ŋɕí]; Zhuang: Gvangjsih), officially Guangxi Zhuang Autonomous Region (GZAR), is a Chinese autonomous region in South Central China, bordering Vietnam. Formerly a province, Guangxi became an autonomous region in 1958. Guangxi's location, in mountainous terrain in the far south of China, has placed it on the frontier of Chinese civilization throughout much of China's history. The current name "Guang" means "expanse" and has been associated with the region since the creation of Guang Prefecture in AD 226. It was given provincial level status during the Yuan Dynasty, but even into the 20th century it was considered an open, wild territory. The abbreviation of the province is "桂" (Pinyin: Guì; Zhuang: Gvei), which comes from the city of Guilin, the former capital, center of much of Guangxi's culture, politics, and history, and currently the third largest city in the autonomous region. But now Guilin overly relied on a tourism economy and its position was replaced by current capital city of Nanning, the largest city of Guangxi.