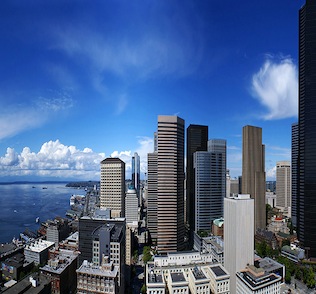 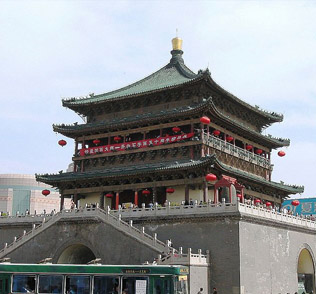 Xi'an (Chinese: 西安; pinyin: Xī'ān), formerly romanized as Sian, is the capital of Shaanxi province, located in the northwest of the People's Republic of China, in the center of the Guanzhong Plain. One of the oldest cities in China, the city was known as Chang'an before the Ming dynasty. Xi'an is one of the Four Great Ancient Capitals of China, having held the position under several of the most important dynasties in Chinese history, including Zhou, Qin, Han, Sui, and Tang. Xi'an is the starting point of the Silk Road and home to the Terracotta Army of Emperor Qin Shi Huang.

Since the 1990s, as part of the economic revival of interior China especially for the central and northwest regions, the city of Xi'an has re-emerged as an important cultural, industrial and educational centre of the central-northwest region, with facilities for research and development, national security and China's space exploration program. Xi'an currently holds sub-provincial status, administerring 9 districts and 4 counties. According to the 2010 Census, Xi'an has an urban population of 5,566,711 in its built-up area made of 7 out of 10 districts (all but Yanliang, Lintong and Gaoling not urbanized yet), while the total population of the Municipality is up to 8,467,837. It is the most populous city in Northwest China, as well as one of the three most populous cities in Western China. According to a July 2012 report by the Economist Intelligence Unit, it was recently named as one of the 13 emerging megacities, or megalopolises, in China. The report pinpoints and highlights the demographic and income trends that are shaping these cities' development. 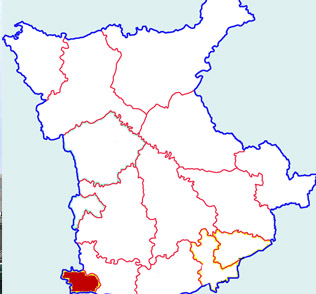 Yangling District (simplified Chinese: 杨陵区; traditional Chinese: 楊陵區; pinyin: Yánglíng Qū) is a district of the city of Xianyang, Shaanxi province, People's Republic of China, located on the plains of the Wei River. It has an area of 94 square kilometres (36 sq mi) and a population of 155,000. The district is roughly 80 kilometres (50 mi) to the west of the provincial capital Xi'an.

"Shaanxi (simplified Chinese: 陕西; pinyin: Shǎnxī;) is a province located in the part of the Northwest China region. It includes portions of the Loess Plateau on the middle reaches of the Yellow River in addition to the Qin Mountains (Qinling) across the southern part of this province. As of the mid-19th century, Shaanxi exported animal skins, wine, liquor, and musk. And money loan activities were common in Shaanxi. In 2009, Shanxi ranked third in China for production of coal, natural gas and crude oil. The Nominal GDP for Shaanxi in 2011 was 1,239 billion RMB (US$196.7 billion). Shaanxi contains some popular universities like Xi'an Jiaotong University, Northwest A&F University and Xidian University."