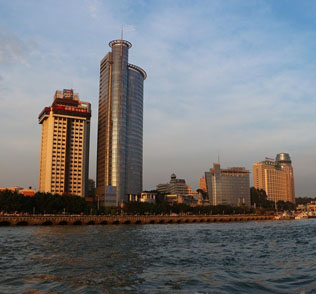 Xiamen (Mandarin pronunciation: [ɕjâmə̌n]), also historically known as Amoy /əˈmɔɪ/, POJ Hokkien: ε̄-mûiⁿ; Ē-mn̂g, is a major city on the southeast (Taiwan Strait) coast of the People's Republic of China. It is administered as a sub-provincial city of Fujian province, with an area of 1,699.39 square kilometres (656.14 sq mi) and population of 3,531,347 at the 2010 Census. The city's urban area includes the old urban island area and covers all six districts of Xiamen (Huli, Siming, Jimei, Tong'an, Haicang and recently Xiang'an), and has a total urban population of 1,861,289. It also borders Quanzhou to the north and Zhangzhou making this a unique built up area of more than five million people. The Jinmen (Kinmen) Islands administered by the Republic of China (Taiwan) are less than 10 kilometres (6.2 mi) away. 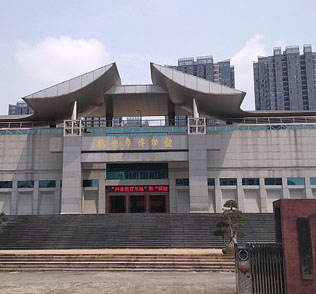 Fuzhou (Chinese: 福州; pinyin: Fúzhōu, [fǔtʂóʊ]; Fuzhou dialect: Hók-ciŭ; also formerly Minhow) is the capital and one of the largest cities in Fujian province, People's Republic of China. Along with the many counties of Ningde, those of Fuzhou are considered to constitute the Mindong (lit. East of Fujian) linguistic and cultural area.

Fuzhou's core counties lie on the north (left) bank of the estuary of Fujian's largest river, the Min River. All along its northern border lies Ningde, and Ningde's Gutian County lies upriver. Fuzhou's counties south of the Min border on Putian, Quanzhou, Sanming and Nanping prefectures. Its population was 7,115,370 inhabitants as of the 2010 census, of whom 4,408,076 inhabitants are urban standing around 61.95%, while rural population is at 2,707,294 standing around 38.05 percent. 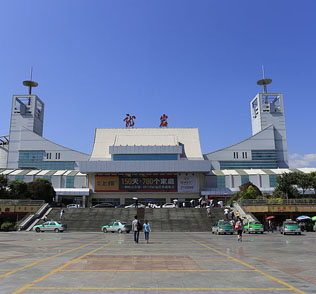 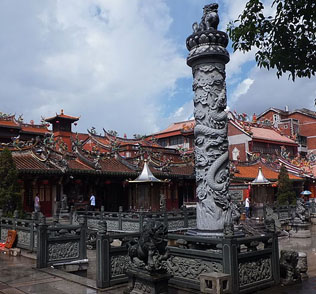 Quanzhou (formerly called Zayton/Chinchew, Chinese: 泉州; pinyin: Quánzhōu; Wade–Giles: Ch'üan2-chou1; Pe̍h-ōe-jī: Chôan-chiu) is the largest city of Fujian Province, People's Republic of China. It borders all other prefecture-level cities in Fujian but two (Ningde and Nanping) and faces the Taiwan Strait. In older English works, its name may appear as Chinchew, Chinchu, Choanchew, or Zayton, from Arabic.

The prefecture-level city of Quanzhou has an area of 11,245 square kilometres (4,342 sq mi) and, as of the 2010 Census, a population of 8,128,530 inhabitants. Its extended metropolitan (built-up area) is home to 6,107,475 inhabitants, encompassing the Licheng, Fengze, and Luojiang urban districts, Jinjiang, Nan'an, and Shishi cities, Hui'an county, and the Quanzhou District for Taiwanese Investment. Quanzhou is now the 12th largest Chinese extended metropolitan area (as of 2010). 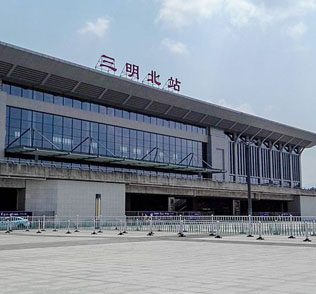 Sanming (Chinese: 三明; pinyin: Sānmíng; Foochow Romanized: Săng-mìng)) is a prefecture-level city in western Fujian province, People's Republic of China. It borders Nanping City to the north, Fuzhou City to the east, Quanzhou City to the southeast, Longyan City to the south, and the province of Jiangxi to the west. Sanming lies between Wuyi and Daiyun mountains. 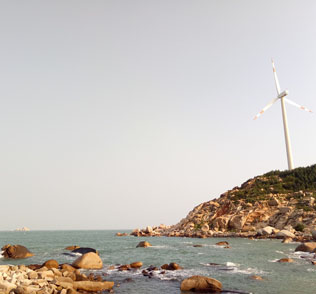 Zhangzhou (Chinese: 漳州; pinyin: Zhāngzhōu; Wade–Giles: Chang1-chou1; Pe̍h-ōe-jī: Chiang-chiu; formerly Lung-ch'i) is a prefecture-level city in southern Fujian province, People's Republic of China. Located on the banks of the Jiulong River (Beixi), Zhangzhou borders the cities of Xiamen and Quanzhou to the northeast, Longyan to the northwest and the province of Guangdong (Shantou City) to the southwest.

Zhangzhou is home to 4,809,983 inhabitants at the 2010 census whom those of Longwen and Xiacheng districts are considered as urban. These two districts, together with Longhai and Xiamen, form a metropolitan area that, as of 2010, is home to about 5 million inhabitants.

In older English works, its name may appear as Chang-chow or Changchow and in Southeast Asian contexts it appears as Chiang-chew or Chiang Chew from the Hokkien name.

"Fujian, formerly romanised as Fukien or Foukien, is a province on the southeast coast of China. The name Fujian came from two cities in Fujian, Fuzhou and Jianzhou. It is one of the most culturally and linguistically diverse provinces in Tang dynasty of China. Fujian is one of the more affluent provinces with many industries with tea-related production. There are also a lot of clothing and sports manufactures in Fujian, such as Anta, 361 Degrees, Xtep, Peak Sport Products and Septwolves. Fujian also has many foreign firms such as Dell, Nokia, and Siemens. Some famous universities in Fujian contains: Huaqiao University, Xiamen University and Jimei University."