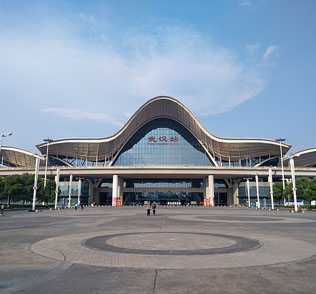 Wuhan, is the capital of Hubei province. It lies in the eastern Jianghan Plain at the intersection of the middle reaches of the Yangtze and Han rivers. It is a major transportation hub with dozens of railways,roads and expressways passing through the city. For its crucial location in domestic transportation, Wuhan was to some degree referred to as the Chicago of China.” Wuhan Tianhe International Airport is one of the busiest airports in central China and it is located 26 kilometres (16 mi) north of Wuhan.

The education level of this city is comparatively high than normal city. Many famous university of this city attracted more and more international students. 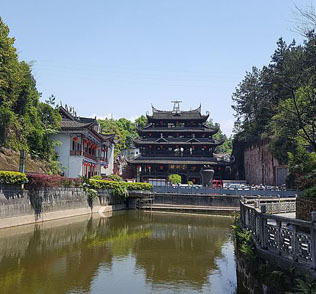 Enshi (Chinese: 恩施; pinyin: Ēnshī) is a county-level city in and the seat of Enshi Tujia and Miao Autonomous Prefecture, in western Hubei province, People's Republic of China. The prefecture's legislature, executive and judiciary are seated here, as well as its CPC and Public Security bureau. 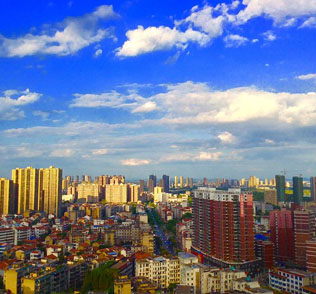 Huanggang City (simplified Chinese: 黃冈; traditional Chinese: 黃岡; pinyin: Huánggāng) is a major municipality (also known as a Prefecture) in eastern Hubei province, People's Republic of China. It is situated to the north of the middle reaches of the Yangtze River and is bounded in the north by the Dabie Shan mountain range.

The city's administrative area covers 17,446.63 square kilometres (6,736.18 sq mi) and the total population was 6,162,069 as of the 2010 census, only 366,769 of whom resided in the urban area. The Ezhou - Huanggang built-up (or metro) area was home to 1,035,496 inhabitants comprising (Echeng district and Huangzhou district of Huanggang prefecture). In 2007, the city is named China's top ten livable cities by Chinese Cities Brand Value Report, which was released at 2007 Beijing Summit of China Cities Forum. 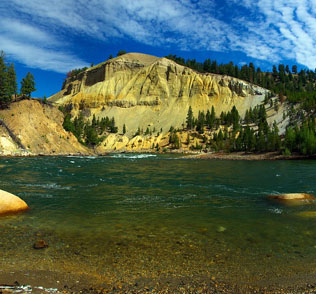 Huangshi (simplified Chinese: 黄石; traditional Chinese: 黃石; pinyin: Huángshí; literally: "yellow rock") is a prefecture-level city in southeastern Hubei province, People's Republic of China. Its population was 2,429,318 inhabitants at the 2010 census whom 1,601,687 in the built-up (or metro) area made of 4 urban district plus the city of Daye now being part of the agglomeration. 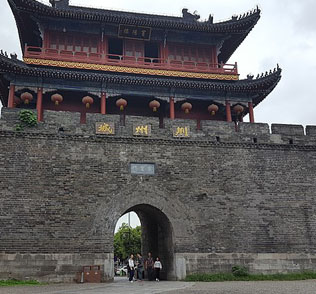 Jingzhou (Chinese: 荆州) is a prefecture-level city in southern Hubei, People's Republic of China, located on the banks of the Yangtze River. As of the 2010 census, its total population was 5,691,707, 1,154,086 of whom resided in the built-up (or metro) area comprising the two urban districts.

Jingzhou's central urban area has grown out of a city historically known as Shashi; this name is preserved in the name of Shashi District, which includes the city's historical center, as well as in the names of a number of local facilities, such as Shashi Airport and a railway freight station. 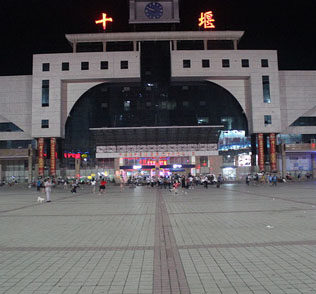 Shiyan (Chinese: 十堰; pinyin: Shíyàn) is a prefecture-level city in northwestern Hubei province, People's Republic of China, bordering Henan to the northeast, Chongqing to the southwest, and Shaanxi to the north and west. At the 2010 census, its population was 3,340,841 whom 767,920 lived in the built-up (or metro) area ade of Maojian and Zhangwan urban districts on 1,193 km2. In 2007, the city was named China's top ten livable cities by Chinese Cities Brand Value Report, which was released at 2007 Beijing Summit of China Cities Forum. 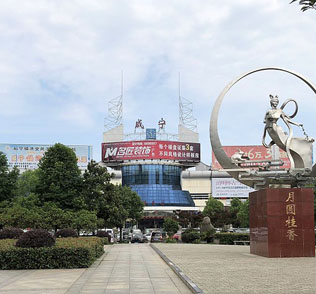 Xianning (simplified Chinese: 咸宁; traditional Chinese: 咸寧; pinyin: Xiánníng) is a prefecture-level city in southeastern Hubei province, People's Republic of China, bordering Jiangxi to the southeast and Hunan to the southwest. It is known as the "City of Osmanthus". 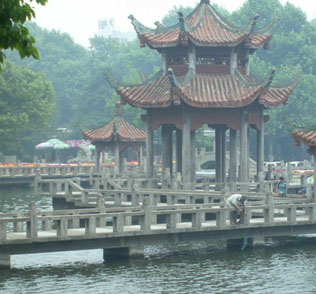 Xiangyang (simplified Chinese: 襄阳; traditional Chinese: 襄陽; pinyin: Xiāngyáng) is a prefecture-level city in northwestern Hubei province, People's Republic of China. It was formed from two ancient cities, Xiangyang and Fancheng. It was known as Xiangfan (Chinese: 襄樊; pinyin: Xiāngfán) until December 2, 2010.[2] Xiangyang is divided by the Han River, which runs through its heart and divides the city north-south. The city itself is an incorporation of two once separate, ancient cities: Fancheng and Xiangzhou. What remains of old Xianyang is located south of the Han River and contains one of the oldest still-intact city walls in China while Fancheng was located to the north of the Han River. Both cities served prominent historical roles in both the Ancient and Pre-Modern Periods of Chinese history. Today, the city is, after the capital Wuhan, the second largest in the province, located about halfway between Wuhan and Xi'an. It is considered one of the third tier cities in China and has been a target of government and private investment as the country seeks to urbanize and develop the interior provinces.

Its built-up area made up of 3 urban districts had 2,199,689 inhabitants at the 2010 census while the whole municipality contained approximately 5,500,307 people. 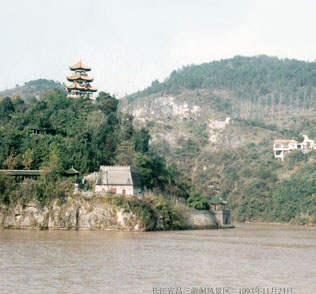 Yichang (Chinese: 宜昌) is a prefecture-level city located in western Hubei province, People's Republic of China. It is the second largest city in the province after the capital, Wuhan. The Three Gorges Dam is located within its administrative area, in Yiling District. At the 2010 census, its population was 4,059,686 inhabitants whom 1,350,150 lived in the built-up (or metro) area made of Yiling, Xiling, Wujiagang and Dianjun urban districts as Xiating District is not conurbated yet.

"Hubei (Chinese: 湖北; pinyin: Húběi) is a province located in the easternmost part of Central China. The name of the province means ""north of the lake"", referring to its position north of Lake Dongting. Hubei is officially abbreviated to ""鄂"" (È). Hubei's economy ranks 11th in China and its nominal GDP for 2011 was 1.959 trillion yuan (311 billion USD). It is said that the government of Hubei hopes to keep the GDP growth rate above 10% annually and double per capita GDP by 2020. Hubei has some famous universities like Huazhong University of Science and Technology, Wuhan University and Wuhan University of Technology."