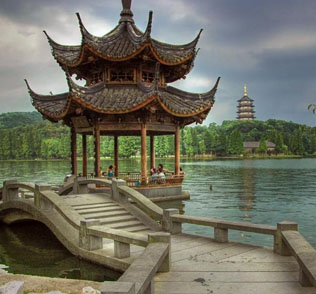 Hangzhou, as the capital of Zhejiang Province in Eastern China, Hangzhou's climate is humid subtropical with four distinctive seasons, characteristiced by long, very hot, humid summers and chilly, cloudy and drier winters (with occasional snow). Its traffic is convenient for people’s life.
For foreign students, hangzhou is served by the Hangzhou Xiaoshan International Airport, which provides direct service to many international destinations such as Thailand, Japan, South Korea, Malaysia, India, Vietnam, Ethiopia, Singapore, and the Netherlands

Hangzhou has a large student population with many higher education institutions based in the city. Public universities include Zhejiang University, Zhejiang University of Technology, and Hangzhou Normal University etc. Owing to different needs,more and more students come to study in this city . 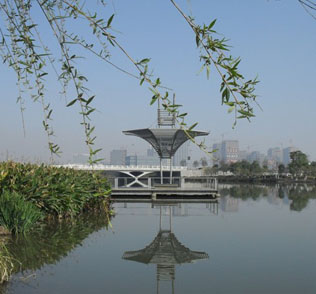 Ningbo (help·info) (Chinese: 宁波; pinyin: Níngbō; Ningbo dialect: About this sound Nyin-poh/Nyin-pou (help·info)), also formerly written Ningpo, is a seaport city in the northeast of Zhejiang province, People's Republic of China. Holding sub-provincial administrative status and separate state-planning status, as of the 2010 census, the municipality had a population of 7.6 million — with 3.5 residing in the built-up (or metro) area made of the 6-district urban area proper. Ningbo lies south of the Hangzhou Bay, which separates it from the municipalities of Jiaxing and Shanghai; to the east it faces the East China Sea; borders Shaoxing to the west; borders Taizhou to the south; and is separated from Zhoushan by a narrow body of water. 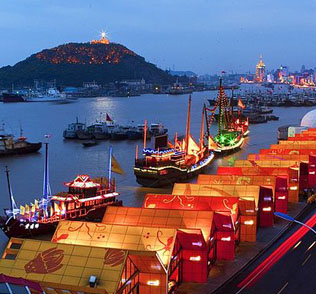 Zhoushan (help·info); formerly transliterated as Chusan, is a prefecture-level city in northeastern Zhejiang province of Eastern China. One of the two prefecture-level cities of the People's Republic of China consisting solely of islands (the other is Sansha in Hainan, however its territory is in dispute), it lies across the mouth of the Hangzhou Bay, and is separated from the mainland by a narrow body of water. On 8 July 2011 the central government approved Zhoushan's as Zhoushan Archipelago New Area a state-level new area. At the 2010 census, its population was 1,121,261 whom 842,989 lived in the built-up area made of Dinghai and Putuo counties. 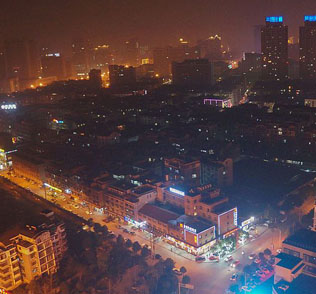 Jinhua (help·info), is a prefecture-level city in central Zhejiang province in eastern China. It borders the provincial capital of Hangzhou to the northwest, Quzhou to the southwest, Lishui to the south, Taizhou to the east, and Shaoxing to the northeast. Its population was 5,361,572 at the 2010 census including 1,077,245 in the built-up area made of two urban districts even though Lanxi City is also being conurbated soon. One can notice that the cities of Dongyang and Yiwu are now in the same agglomeration, a built-up area of 2,038,413 inhabitants bigger than the one of Jinhua itself.

Jinhua is rich in red soil and forest resources. The Jinhua or Wu River flows through the Lan and Fuchun to the Qiantang River beside Hangzhou, which flows into Hangzhou Bay and the East China Sea. In mediaeval China, it formed part of the water network feeding supplies to the southern end of the Grand Canal. It is best known for its dry-cured Jinhua ham. 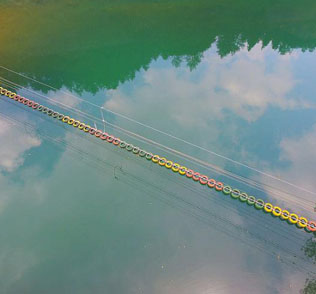 Lin'an City (Chinese: 临安市; Pinyin: Lín'ān Shì) is a county-level city in Hangzhou, Zhejiang Province of China. It is located in northwestern Zhejiang.

The city government is located at 398 Yijin Street.

The city is rich in natural resources, abundant in rainfall, and has a warm climate. All of these factors work together allowing the city to be covered with 71.3% forest. Such an ecological environment breeds more than 4,700 biological species. Mountains, lakes, forest, hot springs, caves, and other ancient remains are everywhere. 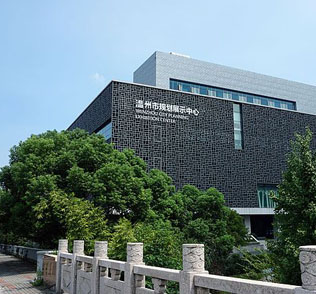 Wenzhou (About this sound listen (help·info)) (simplified Chinese: 温州市; traditional Chinese: 溫州市; pinyin: Wēnzhōu Shì; former official name: Wenchow) is a prefecture-level city in southeastern Zhejiang province in the People's Republic of China. At the time of the 2010 Chinese census, 6,642,592 people lived in its built-up (or metro) area made of Wenzhou's city proper (3,039,439 inhabitants in 3 urban districts), Ruian and Yueqing cities largely being urbanized, and Yongjia County conurbated on its southern part. The area under its jurisdiction (which includes two satellite cities and six counties) held a population of 9,122,102. Its coastline opens on the East China Sea; its borders connect it to Lishui on the west, Taizhou on the north, and Fujian to the south.

The name Wenzhou, translates to "a mild and pleasant land."

Originally known as Yongjia, Yung-chia or Yungkia (Chinese: 永嘉; pinyin: Yǒngjiā), Wenzhou was a prosperous foreign treaty port, which remains well-preserved today. It is situated in a mountainous region and, as a result, has been isolated for most of its history from the rest of the country, making the local culture and language very distinct not only from the rest of China but from neighbouring areas as well. It is also known for its emigrants who leave their native land for Europe and the United States, with a reputation for being entrepreneurs who start restaurants, retail and wholesale businesses in their adopted countries. People of Wenzhou origin make up a large number of ethnic Chinese residents of Italy, France, and Spain. 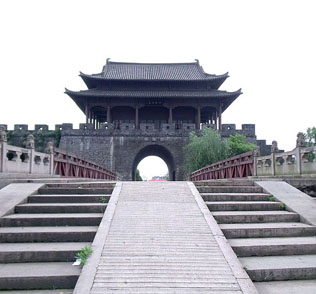 Shaoxing (help·info) is a prefecture-level city on the southern shore of Hangzhou Bay in northeastern Zhejiang province, China. It was formerly known as Kuaiji and Shanyin and abbreviated in Chinese as 越 (Yuè) from the area's former inhabitants. Located on the south bank of the Qiantang River estuary, it borders Ningbo to the east, Taizhou to the southeast, Jinhua to the southwest, and Hangzhou to the west. The city itself is lined with numerous canals and waterways, giving it a classic Jiangnan style scenery though more mountainous than is typical for Jiangnan. At the 2010 census, its population was 4,912,339 inhabitants whom 1,914,683 (Keqiao and Yuecheng districts) lived in the built-up area of Hangzhou-Shaoxing, with 8,156,154 inhabitants.

Shaoxing has long been a hotbed of Chinese cultural activity, producing such luminary figures as Wang Xizhi, Zhou Enlai, Lu Xun, and Cai Yuanpei. It is widely known throughout China for Shaoxing wine, meigan cai, and stinky tofu, and was recently featured on A Bite of China. Its local variety of Chinese opera sung in the local dialect and known as Yue or Shaoxing opera is second in popularity only to Peking opera. In 2010, Shaoxing celebrated the 2500th anniversary of the founding of the city.

Economically, the city's driven by manufacturing of textiles, electronics, and energy efficient lighting. Zhejiang has the fifth highest per capita GDP in the nation, with the city itself at 32nd nationally by GDP per capita.

"Zhejiang is an China’s eastern coastal province formerly romanized as Chekiang. Zhejiang was the site of the neolithic cultures of the Hemudu and Liangzhu. Zhejiang is divided into 11 prefecture-level divisions and prefecture-level cities contains Hangzhou, Ningbo and Huzhou. Zhejiang's main manufacturing sectors are electromechanical industries, textiles, chemical industries, food, and construction materials. In recent years, Zhejiang has followed its own development model and dubbed the ""Zhejiang model"", which is based on prioritizing and encouraging entrepreneurship. China’s top university: Zhejiang University is in Zhejiang province, some other popular universities: Zhejiang University of Technology, China Jiliang University and Zhejiang Ocean University."