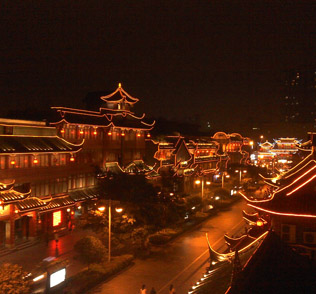 Chengdu, formerly romanized as Chengtu, is the provincial capital of Sichuan province in Southwest China, as well as a major city in Western China. It holds sub-provincial administrative status. The administrative area houses 14,047,625 inhabitants: 7,415,590 within the municipality's nine urban districts and 6,632,035 in the surrounding satellite towns and counties' urban, suburb and rural area. According to the 2010 census, Chengdu is the fourth most populous city in China. Chengdu is one of the most important economic, finance, commerce, culture, transportation, and communication centers in Western China. Chengdu Shuangliu International Airport is one of the top 50 busiest airports in the world, and Chengdu Railway Station is one of the six biggest train stations in China. According to the 2007 Public Appraisal for Best Chinese Cities for Investment, Chengdu was chosen as one of the top ten cities to invest in out of a total of 280 urban centers in China. Chengdu is also popular in international company and consulates.More than 250 Fortune 500 companies and 10 consulates have established branches in Chengdu due to huge demand of Western China. In 2006, it was named China's 4th-most livable city by China Daily. 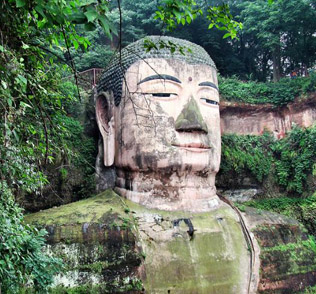 Leshan (simplified Chinese: 乐山; traditional Chinese: 樂山; pinyin: Lèshān; literally: "Happy mountain"; Sichuanese Pinyin: No2san1; local pronunciation: [nʊʔ˧sã˥]) is a prefecture-level city located at the confluence of the Dadu and Min rivers in Sichuan Province, People's Republic of China. Leshan is located on the southwestern fringe of the Red Basin in southern Sichuan, about 120 km (75 mi) from Chengdu. At the 2010 census, its population was 3,235,759 whom 662,814 lived in the built-up (or metro) area made of Shizhong district, as Wutongqiao and Jinkouhe districts are not conurbated yet. 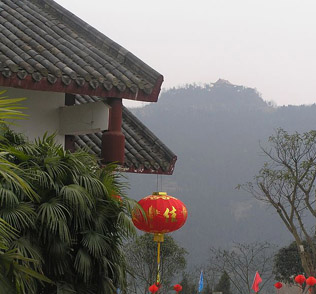 Nanchong (Chinese: 南充; pinyin: Nánchōng; Wade–Giles: Nan-ch'ung; Sichuanese: lan2cong1; ) is a prefecture-level city in the northeast of Sichuan province, People's Republic of China, with an area of 12,479.96 square kilometres (4,818.54 sq mi), and at the 2010 census was home to 6,278,614 people whom 1,858,875 lived in the built-up (or metro) area made of 3 urban districts. It is the second most populated city of Sichuan Province, only after Chengdu. The administrative center is Shunqing District. 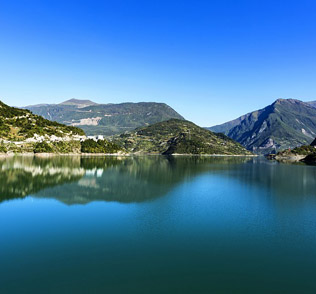 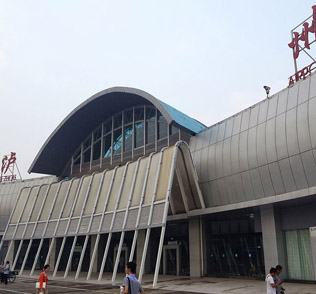 Luzhou (simplified Chinese: 泸州; traditional Chinese: 瀘州; pinyin: Lúzhōu; Sichuanese Pinyin: Nu2zou1; Luzhou dialect: [nu˨˩tsəu˥]), formerly transliterated as Lu-chou or Luchow, is a prefecture-level city located in the southeast of Sichuan Province, People's Republic of China. The city, named Jiangyang until the Southern and Northern Dynasties, is known as the "wine city". Situated at the confluence of the Tuo River and the Yangtze River, Luzhou is not only an important port on the Yangtze river, but also the largest port in both size and output in Sichuan province since Chongqing seceded from Sichuan province in 1997. At the 2010 census its population was 4,218,427 inhabitants whom 919,832 lived in the built-up (or metro) area made of Jiangyang and Longmatan districts, as Naxi district isn't conurbated yet. Luzhou, which borders Yunnan, Guizhou and Chongqing, is the only geographic junction of the four provinces, and was therefore the logical place for a port in ancient China. After the PRC was founded in 1949, Luzhou became the capital of southern Sichuan province. In 1983, Luzhou was approved as a prefecture-level city administratively.

"Sichuan (Chinese: 四川; pinyin: Sìchuān) is a province located in the southwest of China. The literal meaning of “四川” means ""Four circuits of rivers"", and it was named after the division of the existing circuit into four during the Northern Song Dynasty. Sichuan's nominal GDP for 2011 was 2.15 trillion yuan (US$340 billion). It is one of the major industrial centers of China. In addition to heavy industries such as coal, energy, iron and steel, the province has also established a light industrial sector comprising building materials, wood processing, food and silk processing. Sichuan has a lot of popular universities such as: Sichuan University, Southwest Jiaotong University, University of Electronic Science and Technology of China and Chengdu University of Technology."