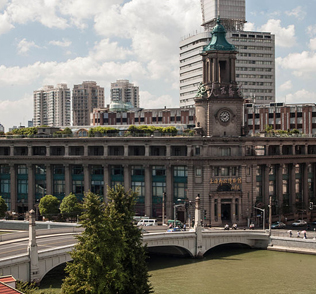 Located in the Yangtze River Delta in East China, Shanghai sites at the mouth of the Yangtze in the middle portion of the Chinese coast, the climate in this city is humid and good for people’s heath. Its traffic is very convenient for people’s life.
For centuries a major administrative, education, shipping and trading town, Shanghai played an important role in the development of China’s economy.
As a metropolis in the world, with its unique styles and features Shanghai attracted more and more foreign people, especially foreign students.Shanghai became a second largest city for students to study after Beijing.

Shanghai is the largest Chinese city by population and the largest city proper by population in the world. It is one of the four direct-controlled municipalities of the People's Republic of China, with a population of more than 24 million as of 2013. It is a global financial center, and a transport hub with the world's busiest container port. Located in the Yangtze River Delta in East China, Shanghai sits at the mouth of the Yangtze in the middle portion of the Chinese coast. The municipality borders the provinces of Jiangsu and Zhejiang to the north, south and west, and is bounded to the east by the East China Sea.