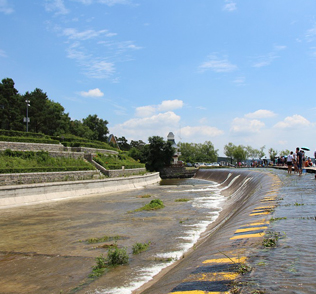 Changchun is the capital and largest city of Jilin province, located in the northeast of the People's Republic of China, in the center of the Songliao Plain. It is administered as a sub-provincial city including counties and county-level cities, with a population of 7,674,439 at the 2010 census under its jurisdiction. The city's built-up (or metro) area, including 5 districts and 4 development areas, had a population of 3,815,270 in 2010 as Shuangyang district is not conurbated yet.

The name, which means "Long Spring", originated from the Jurchen language. Known as China's Automobile City, Changchun is an important industrial base with a particular focus on the automotive sector. Apart from this industrial aspect, Changchun is also one of four "National Garden Cities" awarded by the Ministry of Construction of P.R. China in 2001 due to its high urban greening rate. 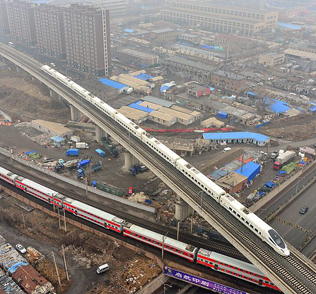 Baicheng (Chinese: 白城; pinyin: Báichéng; literally: "White City") is a prefecture-level city in the northwestern part of Jilin province, People's Republic of China, bordering Inner Mongolia to the north and west and Heilongjiang to the east and northeast. At the 2010 census, 2,033,058 people resided within its administrative area of 25,683 km2 (9,916 sq mi). 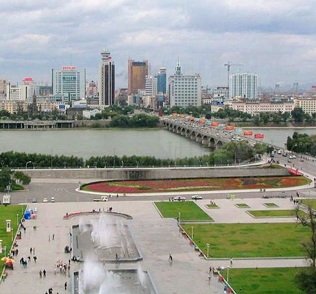 Jilin (Chinese: 吉林; pinyin: Jílín; former official name: Kirin) is one of the three provinces of Northeast China. Jilin borders North Korea and Russia to the east, Heilongjiang to the north, Liaoning to the south, and Inner Mongolia to the west.

In ancient times, Jilin was inhabited by various peoples, notably the Xianbei, Koreans, the Mohe and the Wùjí (勿吉). Various Korean kingdoms, including the Buyeo, Goguryeo and Balhae, were established in this area.

The region then fell successively under the domination of the Xiongnu, Xianbei state, Khitan Liao Dynasty, the Jurchen Jin Dynasty, and the Mongol Yuan Dynasty. During the Qing Dynasty, much of the area was under the control of the General of Jilin, whose area of control extended to the Sea of Japan to encompass much of what is Russia's Primorsky Krai today. Immigration of Han Chinese was strictly controlled. 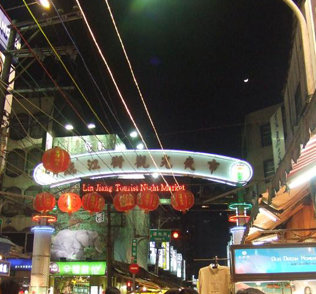 Tonghua (Chinese: 通化; pinyin: Tōnghuà) is an industrial city in the south of Jilin province, People's Republic of China. It borders North Korea to the south and southeast, Baishan to the east, Jilin City to the north, Liaoyuan to the northwest, and Liaoning province to the west and southwest. Administratively, it is a prefecture-level city with a total population of 2,325,242 living in an area of 15,195 square kilometres (5,867 sq mi). Urban population is 506,877. It is known as one of the five medicine production centres in China. 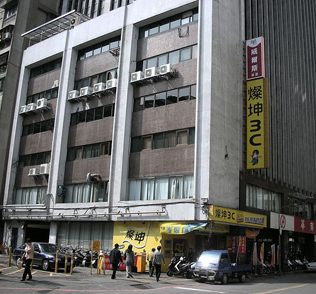 Yanji (Korean pronunciation: [jʌnɡil]), is the seat of the Yanbian Korean Autonomous Prefecture, in eastern Jilin province, People's Republic of China. Its population is approximately 400,000 of which a large section is ethnic Korean. Yanji is a busy hub of transport and trade between China and North Korea.

Yanji and its environs were largely unpopulated until the 1800s when Qing dynasty rulers of China began to encourage migration there, as an effort to stem encroaching Russian expansion.

Yanji is now part of the Yanbian Korean Autonomous Prefecture which is situated in the most easterly part of Jilin.[2] Yanji City is centrally located, surrounded by five other county-level cities and two rural counties (see map); it is the administrative seat of the prefecture.

"Jilin Province is located between Liaoning and Heilongjiang provinces, by the Tumen River, Jilin borders Russia to the east and the Korean Peninsula to the south. The capital of Jilin is Changchun and Jilin also contains some popular cities such as Beicheng, Jilin City, Siping, Tonghua and Yanji. Jilin’ GDP in 2012 was 1,193.78 billion RMB (USD 198.96 billion) in 2012. It’s growth rate in 2012 was 13.4 percent while China’s national GDP growth rate was 10.1 percent. Jilin’s main industries include automobile and rail vehicle production, petrochemicals, pharmaceuticals, metallurgy, equipment manufacturing, textiles, and agriculture. Jilin Province is quite competitive in education than all of its northeast neighbors. Some prominent universities in Jilin include Jilin University, Northeast Normal University, and Yanbian University. "