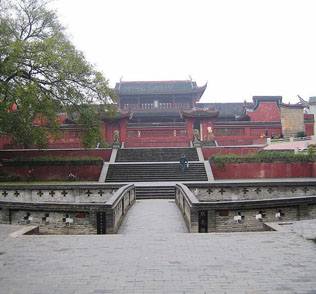 Ganzhou (Chinese: 赣州; pinyin: Gànzhōu), formerly romanized as Kanchow, is a prefecture-level city in southern Jiangxi province, People's Republic of China, bordering Fujian to the east, Guangdong to the south, and Hunan to the west. Its administrative seat is at Zhanggong District. Its population was 8,361,447 at the 2010 census whom 1,977,253 in the built-up (or metro) area made of Zhanggong and Nankan urban Districts and Gan County largely being urbanized. 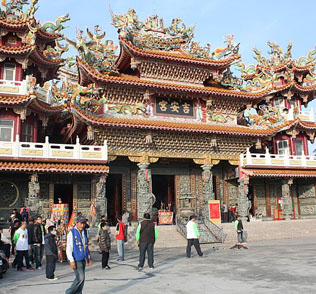 The former deputy governor of the People's Bank of China, Xiao Gang, is from here. This city is also the home of Jinggangshan University. 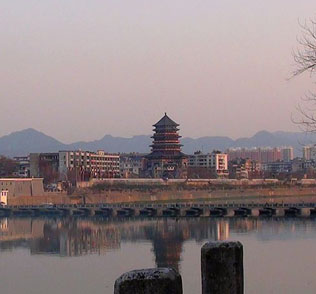 Jingdezhen, (or the Town of Jingde), is a prefecture-level city, previously a town, in northeastern Jiangxi province, People's Republic of China, with a total population of 1,554,000 (2007), bordering Anhui to the north. It is known as the "Porcelain Capital" because it has been producing quality pottery for 1700 years. The city has a well-documented history that stretches back over 2000 years. 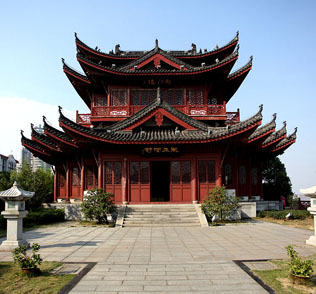 Its population was 4,728,778 inhabitants at the 2010 census whom 704,986 in the built up area made of 2 urban districts (Xunyang and Lushan). In 2007, the city is named China's top ten livable cities by Chinese Cities Brand Value Report, which was released at 2007 Beijing Summit of China Cities Forum. 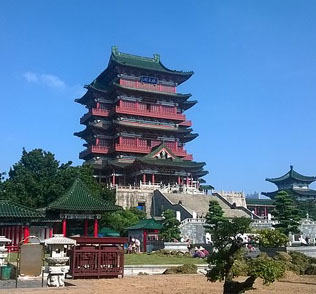 Nanchang (Chinese: 南昌; pinyin: Nánchāng) is the capital of Jiangxi Province in southeastern China, located in the north-central portion of the province. It is bounded on the west by the Jiuling Mountains, and on the east by Poyang Lake. Because of its central location relative to the Yangtze and Pearl River Delta regions, it is a major railroad hub in Southern China. Its population was 5,042,566 whom 4,171,926 in the built-up area made up of six urban districts plus the urbanized counties of Nanchang and Xinjian. As the Bayi Riot 1927 was distinctively recognized by the ruling Communist Party as "firing the first gunshot against the evil Republic of China", the current communist regime has therefore named the city since 1949 "the City of Heroes", "the place where the People's Liberation Army was born", and the most widely known "place where the military banner of the People's Liberation Army was first raised". 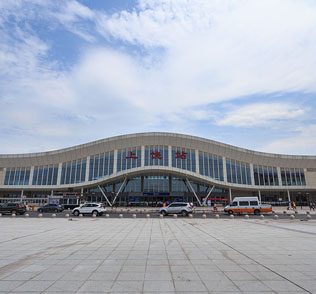 Shangrao (simplified Chinese: 上饶; traditional Chinese: 上饒; pinyin: Shàngráo) is a medium-sized prefecture-level city located in the northeast of Jiangxi province, People's Republic of China, bordering Anhui to the north, Zhejiang to the east, and Fujian to the south; the city's western reaches extend into Poyang Lake. According to the 2010 Census, Shangrao has a population of 6,579,714 inhabitants.

Shangrao itself is at the very western edge of the Wu-speaking areas, while most of its associated counties speak Gan. 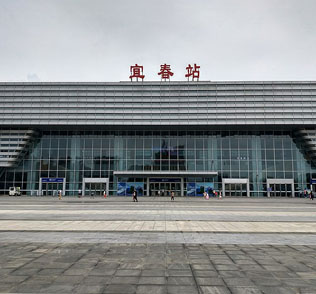 Yichun (Chinese: 宜春; pinyin: Yíchūn; Wade–Giles: I2-ch'un1; Postal map spelling: Ichun) is a mountainous prefecture-level city in western/northwestern Jiangxi province, People's Republic of China, bordering Hunan to the west. Yichun literally means "pleasant spring". It is located in the northwest of the province along a river surrounded by mountains. Yichun has a history of over 2,200 years. It was established in 201 BC during the Han Dynasty. Yichun has a profound Buddhist culture. "Can Lin Qing Gui", the monastic rules for Buddhists at the Buddhist temple, originated from Yichun. Yichun is also the birthplace of many famous literary figures, such as Tao Yuanming and Deng Gu, both of whom are great poets from ancient times.

The transportation in Yichun is convenient. The State Highway 320, State Highway 105, the Shanghai-Ruijin Highway and the Ganyue Highway (the Jiangxi-Guangdong Highway) construct a comprehensive traffic network in the city.

A large sports complex with two stadiums was built in the 1990s and draws teams for sports competitions from all across China. Agriculture is the main industry but other natural resource industries such as timber and mining are extremely important for the economy. Major mineral deposits include aluminum, tungsten, gold, zinc, and copper. Yichun is also a stop along the major railway running between Beijing and Nanchang, the capital of Jiangxi.

"Jiangxi (Chinese: 江西; pinyin: Jiāngxī) is a province located in the southeast of the China. The name ""Jiangxi"" was came from the circuit administrated under the Tang Dynasty in 733. The one word abbreviation for Jiangxi is 赣 (pinyin: Gàn), which indicates the existing of Gan River runs across from the south to the north and flows into the Yangtze River. Jiangxi’s dominant crop is rice. And Jiangxi is rich in mineral resources, it has abundant of copper, tungsten, gold, silver, uranium, thorium, tantalum, and niobium. Jiangxi has the lowest wages and third lowest property prices in all of China. Jiangxi's nominal GDP for 2011 was 1158.3 billion yuan (183.8 billion USD). Jiangxi has some popular universities in China, such as Nanchang University, Nanchang Hangkong University and Jiangxi Normal University."