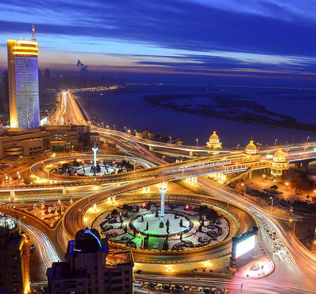 Harbin (help·info) is the capital and largest city of Heilongjiang province, People's Republic of China. Holding sub-provincial administrative status, Harbin has direct jurisdiction over 9 metropolitan districts, 2 county-level cities and 7 counties. Harbin is the eighth most populous Chinese city and the most populous city in Northeast China. According to the 2010 census, the built-up area made of 7 out of 9 urban districts (all but Shuangcheng and Acheng not urbanized yet) had 5,282,093 inhabitants, while the total population of the sub-provincial city was up to 10,635,971. Harbin serves as a key political, economic, scientific, cultural and communications hub in Northeast China, as well as an important industrial base of the nation. 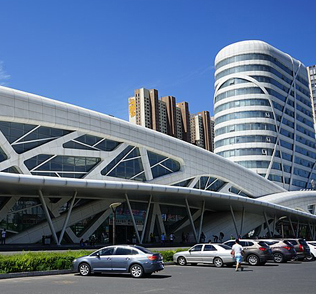 Daqing (Chinese: 大庆; pinyin: Dàqìng; formerly spelled "Taching") (pronounced Da Tshing) is a prefecture-level city in the west of Heilongjiang province, People's Republic of China. The name literally means "Great Celebration". Daqing is known as the Oil Capital of China and has experienced a phenomenal boom since oil was discovered here in 1959. 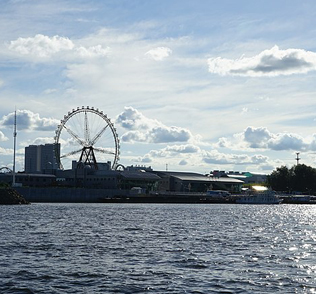 Heihe marks the northeast terminus of the Heihe–Tengchong Line, which is sometimes used to divide China into east and west. 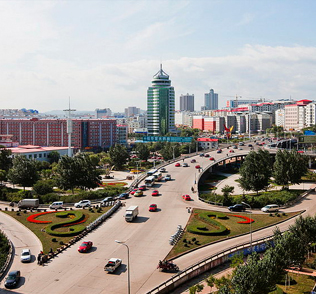 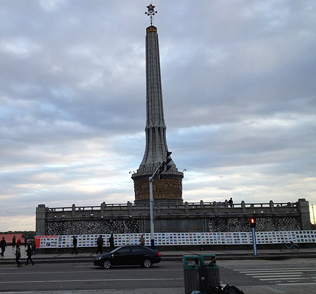 Jiamusi (Manchu: Giyamusi, Chinese: 佳木斯; pinyin: Jiāmùsī; formerly Kiamusze) is a prefecture-level city in eastern Heilongjiang province, People's Republic of China. Located along the middle and lower reaches of the Songhua River, it faces Russia's Khabarovsk Krai across the Ussuri River and the Amur River. In 2007 Jiamusi had a GDP of RMB 34.1 billion with a 14.3% growth rate. Its population was 2,552,097 at the 2010 census whom 881,711 lived in the built up area made of 4 urban districts. 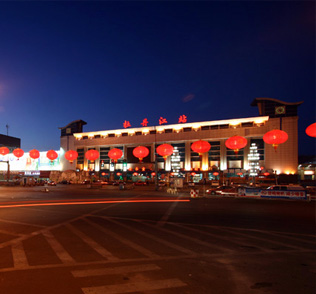 Mudanjiang (Chinese: 牡丹江; pinyin: Mǔdānjiāng; Manchu: Mudan bira) is a prefecture-level city in southernmost Heilongjiang province, People's Republic of China. It was called Botankou when it was under Japanese occupation. It serves as a regional communications hub with a railway junction and an international airport connecting with several major Chinese cities as well as Seoul, Korea. Mudanjiang is also an important border city, located only 248 km (154 mi) from Vladivostok, Russia. In 2011 Mudanjiang had a GDP of RMB 93.48 billion with a 15.1% growth rate. 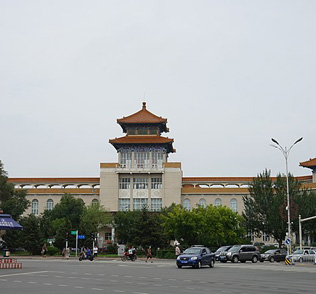 Qiqihar (simplified Chinese: 齐齐哈尔; traditional Chinese: 齊齊哈爾; pinyin: Qíqíhāěr; Manchu: Cicigar; formerly Tsitsihar) is one of the 13 Larger Municipalities in China, and the second largest city in the Heilongjiang province, People's Republic of China. The built-up (or metro) area made up of Longsha, Tiefeng and Jianhua districts had 979,517 inhabitants, while the total population of the prefecture-level city was 5,367,003 at the 2010 census. These are mainly Han Chinese, though the city is also home to thirty-four minorities including Manchu, Daur, and Mongolians.[2] Close to Qiqihar are numerous wetlands and the Zhalong Nature Reserve, famous in China for being home to numerous red-crowned cranes.

"Heilongjiang (simplified Chinese: 黑龙江省; pinyin: Hēilóngjiāng Shěng) is a province located in the northeastern part of China. ""Heilongjiang"" literally means Black Dragon River, and it is the Chinese name for the Amur. The one-character abbreviation is 黑 (pinyin: Hēi). Due to its cold climate, Heilongjiang’s agriculture is based upon crops such as soybeans, maize, and wheat. It is also an important source of lumber for China. In 2011, Heilongjiang's nominal GDP had reached 1,250 billion yuan (US$198.5 billion) and it’s per capita GDP was 21,640 yuan (US$3,168). Heilongjiang province contains a lot top universities in China such as: Harbin Engineering University, Northeast Agricultural University and Northeast Forestry University."