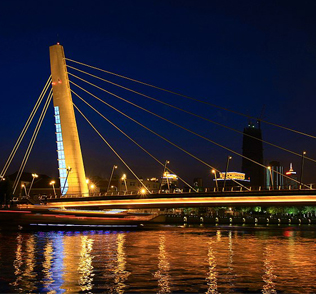 Baoding (Chinese Postal Map Romanisation: Paoting; Chinese: 保定; pinyin: Bǎodìng) is a city in Hebei province, China, approximately 150 kilometres (93 mi) southwest of the national capital, Beijing. At the 2010 census, Baoding City had 11,194,372 inhabitants out of which 2,176,857 lived in the built-up (or metro) area made of 3 urban districts and Qingyuan and Mancheng counties largely being conurbated, on 1,840 km2 (710 sq mi). Baoding is among 13 Chinese cities with a population of over 10 million, ranking seventh. 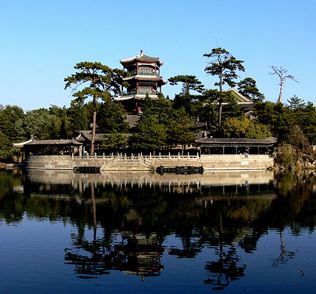 Chengde (Chinese: 承德; pinyin: Chéngdé), previously known as Jehol or Rehe (simplified Chinese: 热河; traditional Chinese: 熱河; pinyin: Rèhé), is a prefecture-level city in Hebei province, situated northeast of Beijing. It is best known as the site of the Mountain Resort, a vast imperial garden and palace formerly used by the Qing emperors as summer residence. The urban center had a population of approximately 450,000 as of 2009. 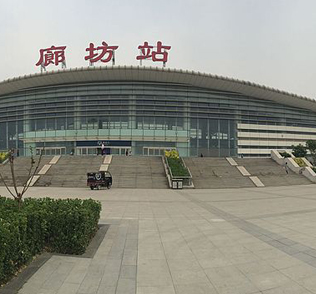 Langfang (Chinese: 廊坊; pinyin: Lángfáng), is a prefecture-level city of Hebei province, located approximately midway between Beijing and Tianjin. At the 2010 census, its population was 4,358,839 whom 868,066 lived in the built-up (or metro) area made of Guangyang and Anci districts. Its total area is around 6,417.28 km2 (2,477.73 sq mi). Langfang borders Baoding to the southwest, Cangzhou to the south (both prefecture-level cities of Hebei), Beijing to the north and Tianjin to the east. Sanhe City and Dachang Hui County are now conurbated with Beijing belonging to the same built-up area. It is the smallest prefecture-level city of Hebei by land area. 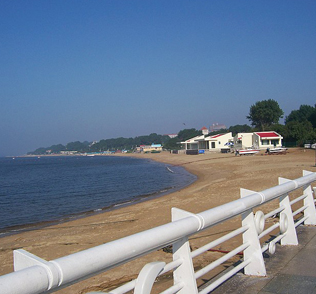 Qinhuangdao is a port city and prefecture-level city in northeastern Hebei province, People's Republic of China. It is about 300 km (190 mi) east of Beijing, on the Bohai Sea, the innermost gulf of the Yellow Sea. 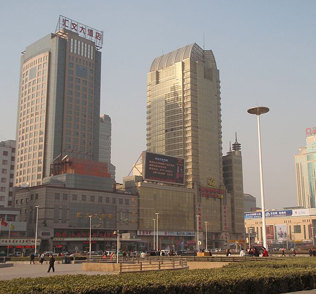 Shijiazhuang (Chinese: 石家庄; pinyin: Shíjiāzhuāng), also written Shikiachwang or Shihkiachwang, is the capital and largest city of North China's Hebei province.[1] Administratively a prefecture-level city, it is about 263 kilometres (163 mi) southwest of Beijing, and it administers 6 districts, 5 county-level cities, and 12 counties.

At the 2010 census, it had a total population of 10,163,788, with 2,766,614 in the urban area and 4,770,400 in the built-up (or metro) area comprising the 5 urban districts, the counties of Zhengding and Luancheng, Luquan City and now Gaocheng City largely conurbated with the Shijiazhuang metropolitan area as urbanization continues to proliferate. Shijiazhuang's total population ranked twelfth in mainland China.

Shijiazhuang is a modernizing and ever growing city. It experienced dramatic growth after the founding of the People's Republic of China in 1949. The population of the metropolitan area has more than quadrupled in only 30 years as a result of fast industrialization and major infrastructural developments. Shijiazhuang is a major transportation hub in the region which has contributed to the city's fast growth and development. From 2008 to 2011, Shijiazhuang implemented a three-year plan which concluded with the reorganization of the city resulting in an increase of green areas and improved urbanization (new buildings, new roads and road plans). The three-year plan was a success and even after it ended, the city continues to benefit from the major projects that were implemented with the opening of a new train station, a new airport and a subway system. Even with the green areas, however, Shijiazhuang continues to suffer from pollution. The top ten cities that suffered the most days of severe pollution includes Shijiazhuang. 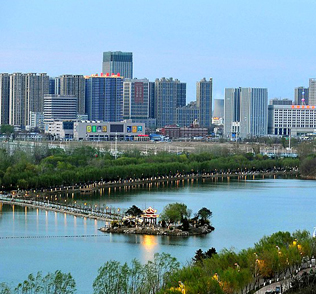 Tangshan (Chinese: 唐山; pinyin: Tángshān) is a largely industrial prefecture-level city in northeastern Hebei province, People's Republic of China. It has become known for the 1976 Tangshan earthquake which measured 7.8 on the Richter scale and killed at least 255,000 residents. The city has since been rebuilt and has become a tourist attraction.

The city of Tangshan is approximately 149 kilometers, 92 miles or 80 nautical miles east by south east of the country's capital city of Beijing. It takes roughly 2 hours by road to get from Tangshan to Beijing. 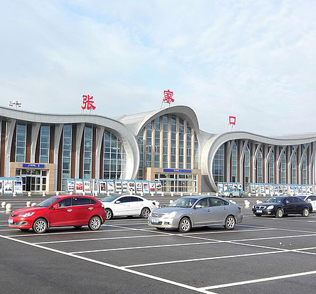 Zhangjiakou, also known also by several other names, is a prefecture-level city in northwestern Hebei province, bordering Beijing to the southeast, Inner Mongolia to the north and west and Shanxi to the southwest. At the 2010 census, its population was 4,345,485 inhabitants on 36,861.56 square kilometres (14,232.33 sq mi). The built-up (or metro) area made of Qiaoxi, Qiaodong Districts and Wanquan County largely being conurbated had 838,978 inhabitants in 2010 on 1412.7 km2. Due to its position on several important transport arteries, it is a critical transport node for travel between Hebei and Inner Mongolia and connecting northwest China, Mongolia, and Beijing.

"Hebei (Chinese: 河北; pinyin: Héběi;) is a province in the North region of China. It’s one-character abbreviation is ""冀"" (jì). The literal meaning of 河北is “north of the river”, which also shows its location entirely to the north of the Yellow River. There are 11 prefectures in Hebei, including Tangshan city, Tangshan city and Qinhuangdao city. In 2011, Hebei's has an increase of 11% compared to 2010 and reached 2.40 trillion yuan (US$379 billion) of GDP, which helped Hebei ranked 6th in China. In Hebei, 40% of labor force works in the agriculture, forestry and animal husbandry sectors. Hebei's main agricultural products are cereal crops including wheat, maize, millet, and sorghum. Cash crops like cotton, peanut, soya bean and sesame are also produced. Hebei has many famous universities in China, such as North China Electric Power University, Hebei University and etc."