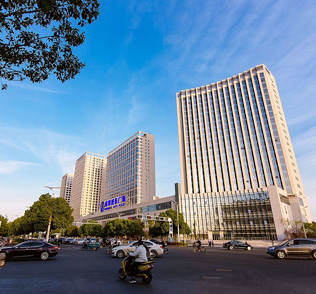 Bengbu (Chinese: 蚌埠; pinyin: Bèngbù; Wade–Giles: Peng-pu) is a mid-sized city in northern Anhui Province, China. Its built-up (or metro) area made of 4 urban districts has nearly one million residents, though the Prefecture-level city under its jurisdiction had 3,164,467 registered residents at the 2010 census. Its name means "Oyster Wharf" in Chinese, echoing its former reputation as a freshwater pearl fishery.

The city's urban agglomeration is about to include Huaiyuan county, which is under its jurisdiction, as well as Fengyang county in Chuzhou municipality. This contiguous built-up area would have approximately 2.6 million residents. 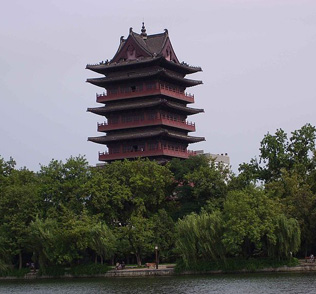 Hefei, formerly known as Hofei, Luzhou, or Luchow, is the capital and largest city of Anhui Province in Eastern China. A prefecture-level city, it is the political, economic, and cultural centre of Anhui. Located in the central portion of the province, it borders Huainan to the north, Chuzhou to the northeast, Chaohu to the southeast and Lu'an to the west. 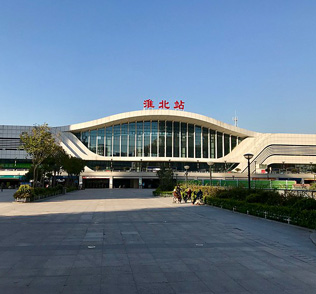 Huaibei (Chinese: 淮北; pinyin: Huáiběi) is a prefecture-level city in northern Anhui Province, People's Republic of China. It borders Suzhou to the east, Bengbu to the south, Bozhou to the west, and the province of Henan to the north. The population was 2,114,276 inhabitants at the 2010 census, all in the built-up area, comprising 3 urban districts and Suixi County largely being built. 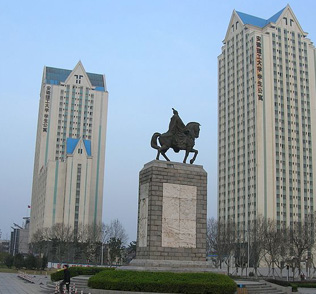 Huainan (Chinese: 淮南; pinyin: Huáinán) is a prefecture-level city with 2,334,000 inhabitants in central Anhui Province, People’s Republic of China. It borders the provincial capital of Hefei to the south, Lu’an to the southwest, Fuyang to the west, Bozhou to the northwest, Bengbu to the northeast and Chuzhou to the east. Its built-up area is home to 1,938,212 inhabitants in 2010 spread out on 4 urban districts (Tianjia'an, Datong, Xiejiaji, Bagongshan and 1 county Fengtai) nowadays in agglomeration. 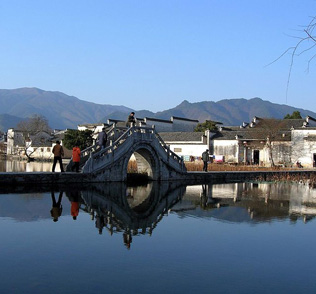 Huangshan (simplified Chinese: 黄山; traditional Chinese: 黃山; pinyin: Huángshān; literally: "Yellow Mountains"), is a mountain range in southern Anhui province in eastern China. The range is composed of material that was uplifted from an ancient sea during the Mesozoic era, 100 million years ago. The mountains themselves were carved by glaciers during the Quaternary. Vegetation on the range is thickest below 1,100 meters (3,600 ft), with trees growing up to the treeline at 1,800 meters (5,900 ft).

The area is well known for its scenery, sunsets, peculiarly shaped granite peaks, Huangshan Pine trees, hot springs, winter snow, and views of the clouds from above. Huangshan is a frequent subject of traditional Chinese paintings and literature, as well as modern photography. It is a UNESCO World Heritage Site, and one of China's major tourist destinations. Huangshan is also the famous place for Chinese high quality teas, such as Huangshan Maofeng, Keemun Black and Blooming Tea. 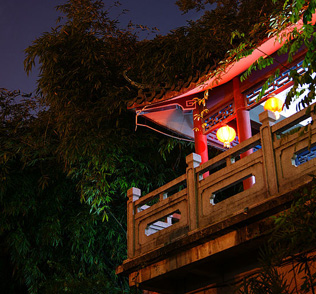 Ma'anshan (simplified Chinese: 马鞍山; traditional Chinese: 馬鞍山; pinyin: Mǎ'ānshān), also written as Maanshan, is a prefecture-level city in the eastern part of Anhui province in Eastern China. An industrial city stretching across the Yangtze River, Ma'anshan borders Hefei to the west, Wuhu to the southwest, and Nanjing to the east. It is a core city of the Nanjing Metropolitan Circle.

As of the 2010 census, Maanshan was home to 2,202,899 inhabitants whom 1,366,302 lived in the built-up area made of 3 urban districts and Dangtu County largely being urbanized. After the August 2011 administrative re-regionalization of Anhui Province, its population rose to 2.20 million, as 2 additional counties were placed under its administration (He and Hanshan).

"Anhui (Chinese: 安徽; pinyin: Ānhuī) is a province in part of the East China region of China. It is located across the basins of the Yangtze River and the Huai River. The name ""Anhui"" was originally based on two cities, Anqing and Huizhou (now Huangshan City) in southern Anhui. Anhui’s one word abbreviation is ""皖"" (Wǎn). Anhui's nominal GDP for 2011 has reached about 1.51 trillion yuan (US$239.8 billion). And it is because this kind of economic output, Anhui is considered as a mid-size economy. Some great universities in China such as University of Science and Technology of China and Hefei University of Technology are located in Anhui."